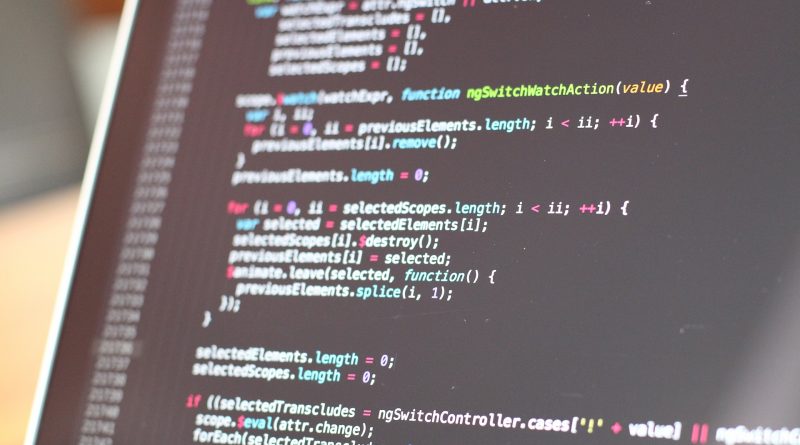 It was a problem already known by the technical community. But when, back in 2010, Karsten Nohl and Sylvain Munaut demonstrated at the 27th Chaos Communication Congress the interception and decryption of a mobile call, it reached a general audience: mobile networks are not as secure as they were thought to be. Even non-tech savvy users are somehow careful when connecting to an open WiFi network, but such mindfulness was never present when connecting to the cellular network. One could argue, though, that mainstream operating systems and anti-virus programs alert the user when connected to an insecure WiFi network, but I have yet to see a smartphone that displays a message to the user – “watch out, an eavesdropper could intercept your calls and text messages and decrypt them on the fly” – when they connect to GSM.

Beyond the great technical contribution of Nohl’s and Munaut’s work, the most important element of that demonstration was not what they did, but rather how they did it. The same techniques and tools had already been used widely in mobile security research and are still being used today. By means of low-cost software-radio devices, such as the Universal Software Radio Peripheral (USRP), and old feature phones with a specific baseband type, one can cheaply decode and, in some cases, transmit GSM signals. The key element to implement such GSM tools is the open-source software that runs the radio. In the context of GSM, osmocommBB, openBSC and OpenBTS provide the means for mobile network low cost experimentation. The former is an open source implementation of the GSM baseband software, and the other twoare open source implementations of everything one needs to set up a private GSM network.

OpenBTS became widely available when it was released by Range Networks. Initially designed to boost mobile coverage in rural areas with a drastic reduction in cost, OpenBTS was, along with OpenBSC, one of the first opensource implementations of the three lower layers of the main mobile communication system at that time, GSM. As such, these tools were, and still are, a radio hacker’s dream come true.

Some argued that open-source GSM implementations handed the right tools to radio hackers on a silver platter for them to break cellular networks. Others, I among them, argued that open source provided the tools to brilliant security researchers to find numerous flaws in the GSM protocol, improving the security of mobile communications overall. Some of those flaws were addressed.Some just cannot be fixed. For example, the encryption algorithm used in GSM was thoroughly secure back in the early 90s when GSM was first deployed, but, in the age of the smartphone – a device more computationally powerful than the Cray-2 supercomputer from 1985 -, the A5/1 encryption algorithm can be cracked in a matter of seconds with a laptop and a 3 Terabyte rainbow table. Regardless, the security of billions of GSM user is substantially higher if everyone is aware of the risks of a GSM connection versus a scenario in which only cyber-criminals and fraudsters are aware.

Ever since Nohl and Munaut intercepted a live call in 2010, several teams of security researchers demonstrated how to derive user location information from intercepted GSM traffic, how to exploit flaws on the baseband of GSM phones with means of malformed messages and other highly interesting investigations. As a result, numerous experiments, protocol exploits and other findings have been published and presented in top security conferences and journals over the last few years. Nevertheless, similar security research on the latest mobile communication standard, the Long Term Evolution (LTE), has been nearly non-existent until very recently.

LTE is the newest cellular communications standard globally deployed. Regardless of previous generations, with coexistence of different technologies for mobile access -such as in the US with some operators implementing GSM and WCDMA and others leveraging EVDO and similar technologies -, all operators are currently globally converging to LTE for the 4th generation of mobile communication networks. Initially deployed just a few years ago, LTE penetration is already over 90% in Japan and Korea and close to 80% in the United States. Moreover, beyond its implementation in standard mobile communications – i.e. smartphones and tablets -, LTE is expected to be one of the main enablers of the Internet of Things (IoT), with some of its most popular applications already starting to deploy, such as connected cars. All in all, the security of LTE networks is of the same- if not higher – capital importance as GSM networks.

Back in late 2011, a Motorola engineer named Ben Wojtowicz started an open source project that has become the cornerstone for LTE security researchers, myself included. Wojtowicz’sopenLTE is currently the most sophisticated open source implementation of the LTE protocol stack, which is able to implement a fully functional private LTE network, providing Internet connectivity to any LTE device. The only catch – if it can be considered a catch – is that one needs to know the secret key of the SIM card being used. One can easily burn custom SIM cards, but that requires an unlocked LTE device.

Wojtowicz, who is now a member of the LTE Team of Google’s Project Loom, might not be aware of it, but back on New Year’s Eve of 2011 – OpenLTE v00.01 was pushed on 12/31/2011 – he started one of the most useful tools in LTE mobile security research. Combining openLTE with one of the latest USRP models – I personally recommend the B210 model – one can set up an LTE base station and investigate protocol exploits, location leaks and other intriguing potential threats against LTE networks, as well as prototype mitigations to these threats and security enhancements.

In parallel to OpenLTE, a series of alternative open source LTE projects are rapidly being implemented, further expanding the toolset of the radio hacking community. I often highlight two of them: srsLTE and grLTE. srsLTE is an excellent project developed by a couple of former PhD students at Trinity College in Dublin -one of them an alumnus of the same undergraduate school I attended in Barcelona – who now own and run Software Radio Systems,a company specializing in high-performance software for wireless systems. Their tool, besides LTE scanning capabilities, offers an engine to emulate the endpoint of an LTE connection – i.e. the smartphone – which can potentially be leveraged in security experimentation fuzzing LTE base stations. The GNU Radio LTE Receiver project (gr-LTE), while much simpler and of narrower scope than OpenLTE and srsLTE, provides a modular implementation of an LTE receiver built with GNU Radio’s graphical user interface, the GNU Radio Companion. This simple and modular implementation makes it ideal for beginners to start understanding and familiarizing themselves with LTE communications.Moreover, it seems like an excellent tool to introduce undergraduate and graduate students into communications, signal processing and software-radio in a hands-on laboratory environment.

Although LTE security research has been rather scarce until now, the surge of openLTE and other open-source LTE implementations is starting to fuel exceptional work in this area. For example, Prof Jean-Pierre Seifert’s team at TU Berlin recently presented at the NDSS Security conference their results on previously unknown LTE protocol exploits that could allow an adversary to temporarily block mobile devices. I myself have been working in very similar exploits, as well as other potential security issues in LTE mobile networks.

These are exciting times in the field of mobile network security. I expect more and more graduate students to download OpenLTE and start experimenting with their software-radio tools. Over the next couple of years we are likely to see outstanding work in this area, publications in top journals and talks in hacking conferences. And I look forward to this as, beyond my obvious interest in the area of LTE mobile security, this is yet another example of the benefits of open source in the evolution and improvement of technology. I cannot help but wonder if one of Ben Wojtowicz’s New Year resolutions for 2012 was to provide the tools for security researchers to improve the security of the communication networks used by billions of people.

Roger Piqueras Jover is a Security Researcher for the Security Architecture team of Bloomberg L.P. He maintains a bibliography of his previously externally released and published work at his personal website: http://www.ee.columbia.edu/~roger/

The Web Layers: Introduction to Surface, Deep and Darknet