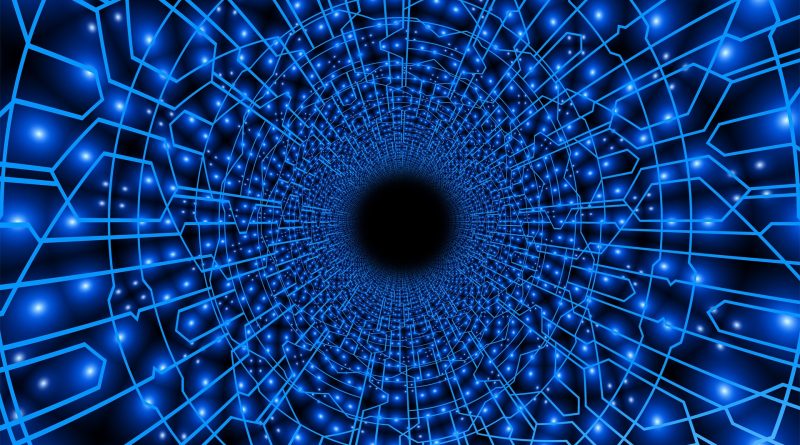 From organizations ranging from online retail giants and cab companies to banking institutions and streaming services, APIs (Application Programming Interfaces) are utilized by almost each and every customer or partner facing application these days.

Due to the critical role they play in most of the modern-day applications, APIs have garnered the attention of threat actors also.

The Cloud Security Report by ISC2 listed API related vulnerabilities as the number one threat to cloud security.

APIs connect to the most sensitive and intimate information of businesses and users, and that is why testing of their security and functionality becomes a must in any security assessment process. API security aims at devising strategies in order to understand the hidden API vulnerabilities and mitigate them before they damage the security infrastructure even further.

While it may seem similar to web application security and network security, API security is still very different in terms of additional risks and complex usage patterns. So, let’s deep dive into the landscape of API security and understand why every online business requires API security testing.

Why API Security is a Must for Every Industry/Company?

Due to the high level of risk they pose once compromised, the security of APIs becomes a must for organizations of any scale or type. APIs, by their very nature, can expose sensitive customer information and even the highly protected business logic to hackers. Technically, with each newly added API in the company’s software infrastructure, the security safeguards get stretched dangerously thin.

APIs inherently link the various components in any software system and that is why they are the favorites of cybercriminals. They allow an unrestricted flow of information from one area to the other and can cause great harm to a large number of connected software assets if compromised.

Some of the serious business impacts of compromised APIs include loss of confidentiality, integrity and most importantly – revenue. Regulatory bodies like HIPAA and GDPR also raise their eyebrows in case of API driven privacy violations.

Organizations shouldn’t delay in understanding the fact that API security needs to be established as a prioritized brand of security. Even before beginning API development, they should begin devising an efficient API security structure and focus on API security testing.

Imperva’s API survey says that on average, every organization manages around 360 plus APIs and they might be openly exposed to customers or third-party applications.

However, it doesn’t matter whether your API is open to third parties or not. Most probably it will be accessible by other people, and without a doubt by hackers also.

Exposed APIs may lead to compromised authentication tokens or broken object endpoints. Attackers can either take over or bypass the weak authentication methods and this might result in compromised API keys, web tokens, and critical user or business information.

If appropriate security checkpoints are not put in place, attackers may also push APIs into a non-functional state. By pushing enormous server requests with invalid return addresses, they might be able to initiate Denial of Service (DoS) attacks.

Loopholes in API security may also lead to injection attacks. In a typical injection attack, hackers embed malicious code into the target software program and stage attacks like SQL injection, cross-site scripting or command injection. Attackers often carry out these attacks by transferring untrusted data as queries or commands into the API.

When it comes to targeting APIs, hackers always tend to find some way or the other which leads them to their destination. It’s as simple as that – if a resource is exposed over the internet, someone is going to try and steal it.

The most common way hackers use to attack an API is through reverse engineering. They call out the target APIs in a reverse manner so as to get hold of vulnerabilities that might not be visible otherwise. Most of the time, threat actors are able to target the API endpoints which handle object identifiers. A common way to mitigate this attack technique is to implement base-level encryption.

Attackers also target APIs by pretending to be someone who they are not, i.e. user spoofing. This not only lets them access sensitive data but also causes more damage as they go undiscovered for a long time. In a similar fashion, hackers also attempt Man-in-the-Middle (MITM) attacks on APIs. They pretend as if they were some trusted server link and steal information by intercepting the data in transit.

Is API Security a Challenge?

Due to highly complex architecture and exposure to sensitive data, enabling and maintaining the security of APIs becomes very critical. Applications use APIs to transmit data from the backend servers and provide the required functionality. As a result, third parties get largely involved in the maintenance and rendering of the system.

Moreover, an increasing number of smaller architectures playing the roles of APIs expand the attack surface even further. All these smaller and larger APIs that call to the network function as entry points to the network architecture and threat actors certainly love that.

API related breaches are now more common than ever. And one of the reasons why this is happening is because APIs are not so easy to secure. Generally, there is no restriction on the volume or number of resources that clients and users can access through APIs.

This not only impacts API performance but can also result in critical authentication vulnerabilities. No doubt, why the traditional solutions or even most of the contemporary security frameworks are proving insufficient to close all the gaps.

Recent research shows that attackers have now come up with methods to use APIs for automating other attacks like credential stuffing attacks, thus making API security even more critical.

What OWASP Has to Say About API Security?

The community-led OWASP (Open Web Application Security Project) Foundation also recognizes API security as one of the biggest security concerns for companies all over the globe. The community is so much concerned about API security that almost 9 of the top 10 vulnerabilities in their list have mentioned one or more API security components.

As a result, OWASP has launched a security program known as the OWASP API Security Top 10 project to help organizations ward off API threats.

The main aim of this ambitious project is to cater to a number of organizations that are using potentially sensitive APIs on a large scale.

The OWASP project not only guides software developers and security experts regarding the hidden risks in critical APIs but also outlines the techniques which might help mitigate those risks.

An exponential rise in the rate of adoption of APIs has also enhanced the level of underlying security risks. And it’s surprising that even the most security-conscious companies like Google and Facebook are sometimes caught off-guard. It’s high time for organizations to roll up their sleeves if they wish to safeguard their core systems and databases.

Obviously, a well-thought strategic approach needs to be laid out and followed in order to achieve meaningful results. Organizations must adopt a ‘security-first’ mindset and move forward. They surely can leverage the benefits of the highly suggested API security testing tools and fill the gaps before it’s too late. Community-driven platforms like OWASP are also a silver lining in the cloud and are providing some useful guidance and spreading the much-needed awareness.

Harshit is CEO & Co-Founder at Appknox, a completely automated vulnerability assessment platform. He has 8 years of experience in the technology and security space. He has worked with Fortune 100 companies to set up end-to-end and continuous mobile application security processes.