Skip to content
You are here:Home » Deepfake Technology Is a Rising Cyberthreat
General
May 23, 2022May 23, 2022 Zac Amos 0 Comments basics 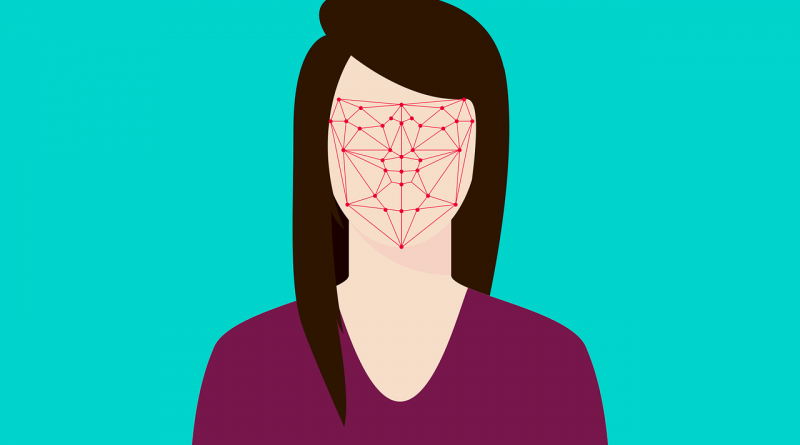 More artificial intelligence (AI) and machine learning (ML) use cases are emerging, and cybercriminals are leveraging these technologies to create highly sophisticated attacks. Cyberattack detection and prevention can be increasingly challenging for individuals and businesses as hackers use more innovative methods.

Cybersecurity professionals are already grappling with data breaches, ransomware attacks, and phishing scams. Recently, another growing threat has kept them awake at night — the rise of the deepfake and the challenge of spotting one in an increasingly digital world.

Here’s more on the rapid advancement of deepfake technology, the cybersecurity implications of these attacks, and what the future holds.

An Overview of Deepfakes in 2022

You’ve likely heard about deepfakes if you use any social media platform. Around 10 videos of a deepfake version of Tom Cruise went viral on TikTok last year, including clips of the actor acting silly in an upscale store, performing a coin trick, and even growling during a Dave Matthew’s Band song.

A doctored video of former President Donald Trump has also emerged, which showed him signing up for Russia’s version of YouTube. Other high-profile deepfake cases resulted in stolen funds. For example, a bank based in Hong Kong was deceived by an AI-powered “deep voice” attack — somebody cloned a trusted director’s voice and requested a transfer of $35 million.

Deepfakes are becoming more common in 2022, mainly because of advancements in AI and ML. This technology allows threat actors to replace a person’s voice or use their likeness to create fake content or spread misinformation.

Some people use deepfakes to launch revenge attacks or stain a public figure’s reputation. For example, Helen Mort, a poet and broadcaster in the U.K., was surprised when an acquaintance said nude photos of her were posted online.

Someone posted non-intimate photos of Mort on social media and encouraged people to edit her face into explicit, pornographic images. Eventually, Mort learned that these criminals used deepfake technology to edit her pictures and launch a fake pornography campaign.

The widespread distribution of deepfake content online could become a significant security threat for businesses in the next couple of years. Organizations are becoming more dependent on digital technologies, such as videoconferencing tools, and cybercriminals will likely feel more motivated to focus on deepfake attacks.

Deepfakes are convincing and realistic, making these attacks harder for individuals and businesses to detect.

People naturally tend to believe what they see, meaning that even a basic deepfake attack holds water. Deepfakes can be created very quickly using AI and are highly deceptive, especially for the average internet user that may not be able to distinguish between real and fake content.

How to Protect Yourself Against Deepfakes

Businesses already grapple with social engineering scams and other cyberattacks that capitalize on employee weaknesses. According to a 2021 report from Check Point Research (CPR), a leading cyberthreat intelligence company, there was a 50% increase in cybersecurity attacks per week on company networks compared to the number of attacks in 2020.

Deepfakes could cause attacks to become more frequent and potentially more damaging to organizations and their employees.

Here are some ways organizations can protect themselves from deepfake attacks.

AI/ML are the main technologies used to create deepfakes, but they can also be used to detect them. AI has made significant advancements in analyzing images, audio, and video. Organizations can implement AI or ML cybersecurity technologies to analyze content and even decipher deepfake videos.

Recently, researchers at Facebook announced that they had developed an AI system capable of detecting deepfakes and using reverse engineering to determine where they came from. Other AI/ML tools will likely emerge to help businesses find and prevent these attacks.

Companies should also consider using various authentication methods to fight off deepfake attacks. Verifying and authenticating any content shared within or outside an organization is critical. One effective method is blockchain technology. It’s commonly associated with the crypto world, but these applications are increasingly useful in cybersecurity.

Blockchain could prompt a user to prove their identity before sharing any content. Cybercriminals that plan on disseminating deepfakes wouldn’t want to confirm their identity before executing this type of attack. Therefore, blockchain and other methods, such as two-factor authentication (2FA), can be good defenses against deepfakes.

It may seem like a no-brainer, but it is essential to educate employees about deepfakes and encourage them to use the best cybersecurity practices. Prioritizing end-user education is a company’s best defense because many security breaches result from simple human errors.

Educated employees are less likely to fall victim to common cyberattacks because they know what to look for and usually have a certain level of skepticism working with content or reviewing suspicious emails. Training on deepfakes and other cybersecurity issues can help companies avoid becoming victims of a deepfake attack.

What the Future Holds for Deepfakes

Unfortunately, deepfakes are expected to become more widespread in the future. More creation apps are emerging, making it simple and accessible for the average person to learn about deepfakes and how to deceive users.

Deepfakes are also becoming more prevalent in the corporate world, and while the technology behind them is not inherently dangerous, the potential misuses are concerning.

It seems as though deepfakes will become a significant part of the content creation world, therefore making it vital for companies to understand the potential negative implications.

Finding Truth in the Deepfake Era

The concept of manipulating a photo, video, or sound bite is not new. However, the rise of deepfakes has sparked debate among tech enthusiasts and content creators. There are already problems facing society in regards to misinformation and fake news.

The prevalence of deepfakes could exacerbate these issues and make it more challenging to determine what’s fake and what’s real. It’ll be interesting to see how companies defend themselves and what other issues crop up regarding this new cybersecurity threat.

Zac Amos writes about AI, cybersecurity and other trending technology topics, and he works as the Features Editor at ReHack.