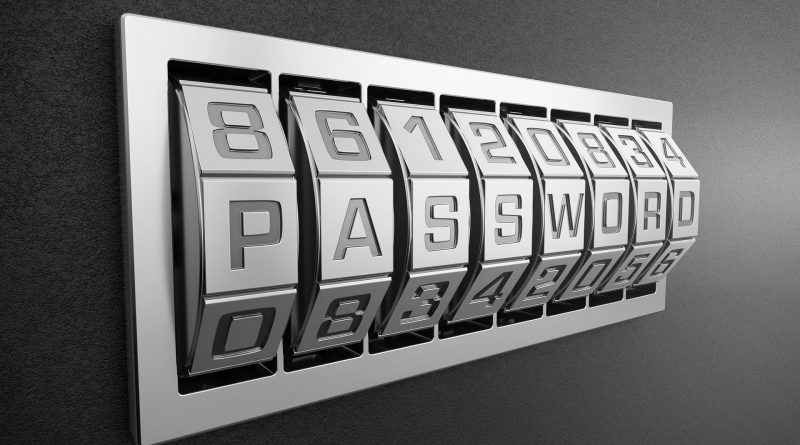 Today is world password day, and we’ve had the chance to chat with Roger Grimes, data-driven defense evangelist at KnowBe4, about his view on passwords, how passwords will evolve in an age of quantum computing and – of course – how to securely protect your passwords.

Cybersecurity Magazin: What is your most important takeaway for world password day?

Roger Grimes: Don’t re-use the same password between different unrelated sites. This is the biggest risk by far. This is because the average person re-uses the same 6-7 passwords across every logon they have, which numbers over a 100 different places. Then the compromise of one site and it’s password database can lead to a bunch of other quick compromises.

Cybersecurity Magazin: What is your position on the passwordless technologies trend?

Roger Grimes: My guess is that like the many earlier predictions of phishing being solved so that security awareness training would not be needed, the rise of password technologies is greatly over-estimated. Passwords are likely to be with us a decade from now. But even when they go away, whatever they get replaced by will be hacked and technology alone will not be able to stop it. So, security awareness training will always be needed and helpful in mitigating risk than technology alone.

Cybersecurity Magazin: Will we ever get rid of passwords one day?

Roger Grimes: I don’t know, but not anytime soon. Anytime I hear that passwords are soon going to be gone, like I have heard for nearly 30 years, it makes me want to buy stock in a company that makes password managers. We all have more passwords today than ever before. Passwords are easy to implement and use. A 2-year old can use them. None of the proposed solutions are as easy or cheap, and none of them work on even 2% of sites world wide much less everywhere they would need to be in order to push passwords by.

Cybersecurity Magazin: What will phishing for passwords in a postquantum world be?

Roger Grimes: Ah, a guestion that appears to my heart. Phishing for passwords is likely to be the same in the pre- and post-quantum worlds. What quantum computers can do is far more of a threat to the proposed password-replacements, which rely more on public cryptography, than for passwords. But ultimate what quantum computers will focus on and break is likely not logon authentication anyway.

Cybersecurity Magazin: What will passwords look like in the postquantum era?

Roger Grimes: Longer, I guess and protected by quantum-resistent ciphers, hashes, and digital signatures. For example, many passwords are stored as password hashes. The most common password hash is AES. AES is not (currently) quantum susceptible above AES key sizes 192-bits and above. So any password-based authentication systems using AES-128 (very popular right now) need to up their key size to 192-bits, and really 256-bits to be quantum-resistant. Same thing with other symmetric ciphers and hashes. They just need to have appropriate key sizes. Quantum computers weaken existing symmetric key sizes by 50%, so by doubling the key sizes, you make them quantum-resistent. Passwords protected by public/private key technology (i.e. asymmetric cryptography) have to be replaced to use quantum-resistant algorithms…increasing key sizes on today’s asymmetric ciphers will not protect them once quantum computers get strong and widely available enough.

Cybersecurity Magazin: Another question on quantum I’m not a cryptography expert but postquantum is something we Germans are very interested in. So what is his opinion on university projects like XMSS, TESLA, LARA, KINDI and others? So basicly open source postquantum encryption projects. Do they have a chance, is this just a mater of time in a postquantum world and we will have a strong encryption back or is this the end of encryption?

Roger Grimes: I cover XMSS and TESLA in my book along with 26 other quantum-resistant algorithms. Too much to say on them to respond in an email. What I can say is that probably by 2023 or 2024, we will all have national standards for quantum-resistant encryption. We might have 1-2 recommendatiosn for asymmetric encryption and 1-2 for digital signatures. Most quantum-resistant algorithms are open source. The ones submitted to NIST as part of their big post-quantum cipher contest had to be open source to be submitted. Many of them were not open source, but became open source to be submitted to the contest. The million dollar question is if the new standards will be in place and used by everyone before quantum computers get powerful enough to crack traditional encryption. I don’t think so. But that’s why I wrote the book. It tells any company how they should start preparing NOW…becuase there are things EVERY company should absolutely be doing now to prepare. Waiting for the crypto break to happen to get started is crazy.

Cybersecurity Magazin: What is your advice for a smart and secure multi factor authentication?

Roger Grimes: Don’t rely on biometrics, at least not unless you use them as one authentication factor as part of multifactor authentication. Biometrics are weak authenticators and really don’t work all that well across large population sets. In any given large group there are a few people the biometric readers just don’t work on day-to-day. We aren’t always sure why, but ask any administrator of a biometric system of a large group and they will tell you there are just people they don’t work with. But, as I cover in terrific detail in my forthcoming Hacking MFA book (https://www.amazon.com/Hacking-Multifactor-Authentication-Roger-Grimes/dp/1119650798/), the best MFA has device and site pre-registration, mutual authentication, and out-of-band authentication factors. There are some forms of MFA that are more secure than others. SMS-based MFA is also a very weak-form of MFA, so avoid this as much as you can.

Cybersecurity Magazin: How can you protect your password manager of being hacked?

Roger Grimes: Use a strong password to protect it and don’t allow the devices you use them on to be hacked. Because if you allow your devices to be compromised it’s game over whether a password manager is used or not. And you protect your devices from being patched by not being socially-engineered into revealing or doing an action against your own self-interests and by staying fully patched at all times. Do those two things and you probably won’t get hacked.

Cybersecurity Magazin: Where to store your passwords instead?

Cybersecurity Magazin: What do you think of hardware authentication like HSMs (they are the industries favoured in Germany)?

Roger Grimes: Ultimately most personal user authentication will probably involve your computing device, pre-registered, as one of the authentication factors. HSMs, in particular, are pretty good at security. I’ve worked with them a lot over my 30 years. They are all hideous to install and use. Really 20-30 years behind the rest of the world in usability. But more importantly, if HSMs took over the planet they would routinely be hacked just like everything else. They aren’t magic. They have been hacked in the past. They will be hacked in the future. Anyone telling you something is unhackable is lying to you or trying to sell you somehting. Either way they should not be trusted. I’ve also heard of a story many times…told to me by two people who I trust who were there…that a few years ago a security guy told our corporate administrator of Microsoft, that he could sit in the parking lot in his car and steal our HSM secret keys. A big bet was paid and the guy did it…and got paid. I’ve never been able to publicly verify this story with an on-the-record quote, but I do have two off-the-record quotes from people I trust. And if what they say is true…well, that’s a pretty big problem. The answer is to wrap all HSMs with electro-magnetic interference (EMI) shielding. But also, quantum computers will be able to break their keys until they get updated to post-quantum ciphers…and hardware is always harder to update than software.

How Does Cybercrime Lead to Insurance Fraud?